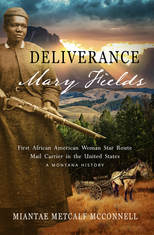 1885 - 1914. Mary Fields, a fifty-three-year old second generation slave, emancipated and residing in Toledo, receives news of her friend’s impending death. Remedies packed in her satchel, she rushes to board the Northern Pacific.and arrives in the Montana wilderness, finding Mother Mary Amadeus lying on frozen earth in a dilapidated cabin. Certain that the cloister of frostbit Ursuline nuns and their students, Indian girls rescued from nearby reservations, will not survive without assistance, Mary decides to stay.

In the beginning, she does whatever needs to be done: repairs the dilapidated living quarters, provides food using her sharpshooting skills, and freights by horse and wagon to deliver supplies from the nearest outpost, seventeen miles away.

Later, she is forced to create new occupations and living arrangements. Her perseverance and intelligence, matched by equal amounts of hard work and compassion, enable her to establish a place for herself by providing essential services to the community. She succeeds at making her dreams for freedom come true, though constantly attacked by those who plot her demise.

Early Montana-State politics are wild and incomprehensible. Woman ache for suffrage rights, men are vying for power. Racial hatred is on the rise. It is a dangerous time for all. 1885-1914. The Birdtail Valley, Montana.

For those interested in United States and American West history, this book portrays the nation’s multiethnic struggle for human rights by presenting factual discoveries and personal life stories.

An indefatigable former slave who braved the Montana Rockies on a journey to rescue a dying friend is the real-life subject of this 19th-century frontier narrative. Adventure abounds in this little-known tale of the heroic middle-aged woman who became the first female African American mail carrier in the U.S.— Hamilton Cain

…Under McConnell’s hand, the atmosphere, frontier challenges, and landscapes of Montana come to life. Mary Fields is a true historical figure, dramatized in novel format. Her story will delight readers who look for a blend of accurate historical facts, hard-hitting drama, and realistic scenes powered by a feisty protagonist whose values and concerns become part of the social changes sweeping the nation. —Diane Donovan, Senior Reviewer

McConnell has fashioned a historical narrative marrying prose and poetry, fact with creative writing. With the discerning eye of a photographer, the deft hand of a historian, and the literary heart of a poet, the life of Mary Fields, legendary black woman of Montana, rises off the page into living history.—Michael Searles, Author, Professor of History, Augusta University

Miantae McConnell’s historical narrative combines factual material with creative writing to tell the story of Field’s colorful life spent in, and near, Cascade from 1885 - 1914.Woven into the story of Fields’ life, the author examines women’s rights, corrupt politics, the scandal concerning the Montana State Woman Suffrage Bill, and Montana’s maturing from territory to statehood. McConnell is an award-winning author and a descendant of early Montana homesteaders.—Judy Shaft

McConnell has fashioned a historical narrative marrying prose and poetry, fact with creative writing. With the discerning eye of a photographer, the deft hand of a historian, and the literary heart of a poet, the life of Mary Fields, legendary black woman of Montana, rises off the page into living history.—Michael Searles, Author, Professor of History, Augusta University

...the depiction of the life of Mary Fields is gripping and fascinating, and when towards the end the story involves the women’s and children's rights causes to which she was committed, it becomes intensely relevant and enthralling. In addition, McConnell’s descriptions of the hardships and challenges of life in Montana at the turn of the century, her fine touch with characterization, and her flowing prose are definitely enough to launch this story to the level of genuine literature. It is the type of book that I will return to from time to time despite its length simply for the joy and refreshment it offers.—Trudie Barreras, Amazon Reviewer Vine Voice

A great story and history of Mary Fields, an important black westerner. A must read for youths and adults.--Bruce A. Glasrud, Author, Professor of History, California State University

The descendant of Montana homesteaders, Miantae lives near the Rocky Mountains in Montana's big sky country. Her Montana pioneer ancestors include the Metcalf and Dowling families, both of whom held long-term political careers in Montanan ninteenth and twentieth-century politics.

She became aware of the Mary Fields legend in 2000. She believed that the actual history of such an unusual black woman had to be more remarkable than the time-worn accounts and decided to investigate.

A ten year search for facts was well rewarded. Not only was the former slave and Montana pioneer remarkable, her accomplishments saved many lives, posthumously secured her position as first African American woman star route carrier in the United States, and established her quest for political rights, the first black american to register for the vote in the white community of Cascade.

McConnell wove inherent knowledge of Montana and her new historical discoveries into Deliverance Mary Fields, an inspiring chronicle of Montana pioneers and the personal story of Mary Fields.

Hattie put a slice of dried apple into her mouth and chewed, unaware of the silence, of her son’s  whereabouts, of the source of her rising irritation. She looked at Mary and said, “Setting fire to your house doesn’t eliminate your right to vote.” She swallowed. “We’ll rebuild it.”
“Hattie, it’s me they’re trying to eliminate,” Mary answered, “whoever it was.”
Hattie winced, groping for the natural course of justice that should follow. Eyes closed, she wished for something tranquil. A damp thickness of moss and fallen lichens appeared to her, water trickling from cavernous rock cleft between spired mountain peaks—a beloved place she had visited once. She took a breath. Gravity seemed to settle her. Speechless and bare, she pressed herself into the imprint.
Admiring heights above, she mused, could the violent creation of mountains—converged continents thrusting, ruptured—be the catalyst for fountains of life channeled from beneath—precious drink coursed through fissures, slabs and shelves, elevated?
What was it like, the journey of water? Why did this suddenly matter?
She rode the surging reply. Fluid, she joined the gushing elixir and moved upward through darkness, squeezed by forces unseen in precipiced corridors, scraping dead matter from roots and centuries …
Emerged to brightness, vast sky weightlessness, she and water touched the apex and splashed. Entwined, they tumbled onto earth. Infused and sparked by sunlight, color transcended their essence. Propelled, they transited.
Thinning, they stretched over polished arcs of stone—dropped far and fast into chiseled pathways, and corded, wielded into mass and swiveled through thickened webs of pebbles.
She touched one hand with the other.
Suddenly released, she and water leapt, and filled a glacier cirque— roaring, swirling, faster, bubbling, slowed—a blissful repose.
Pooling, they explored new form and a level surface, they themselves the fold between above and below. She breathed.
Refracted prisms glowed in spherical drops, upon and in the water, on rocks and trees and clouds, sparkling. Kinetic coupling danced in the cove, the loch, the basin, the place reflecting movement of orbiting planets and galaxies, mirroring, miring indigenous sight to a linked heritage.
A clearing coursed through Hattie’s heart. She felt her rapid-river veins surge. An element transformed, she would change as needed, adapt and join the women ushering change. They would congregate with open hearts, glide upon ancient currents of knowing—a confluence—navigate to prismed inlets, oceans and reservoirs that would sustain, nourish and replenish …
Women are the sustenance by which human life exists, her consciousness rose to speak.
She opened her eyes and followed one thought: a woman’s body designs life, labors to birth, and suckles the children. Without voices from our bodies that experience such creation, life is sure to fail—our nation, our frontier, will topple.
We must forge together.
She quivered from the quickened resonance, insulated memories of pregnancy and birth and an unbid spark of clairvoyance: things to come if humans did not embrace compassion. In this vision she saw bodies emerge from treeless shadows shouldering burlap sacks of pain, arms flinging seeds that would ravish rather than propagate.
She looked up. Mary was seated across the table, eyes closed. Hattie aborted her earlier impulse to feverishly cite the harsh severities of Mary’s situation. Rather than exclaim, “This is horrible, Mary,” as she had intended, she doused her words and waited.
Mary opened her eyes. “Can’t wait to vote against Hall next year,” she stated, as if she’d been asked.

Images for publication use: 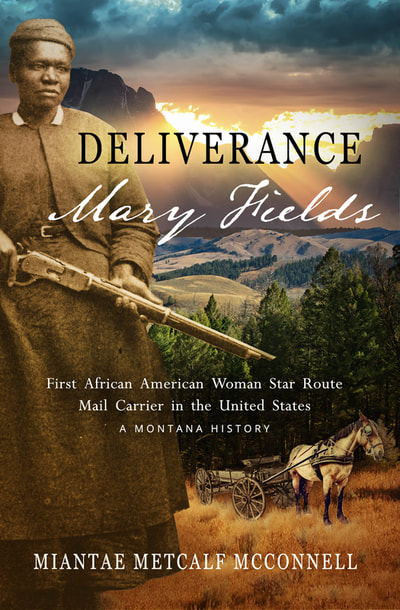 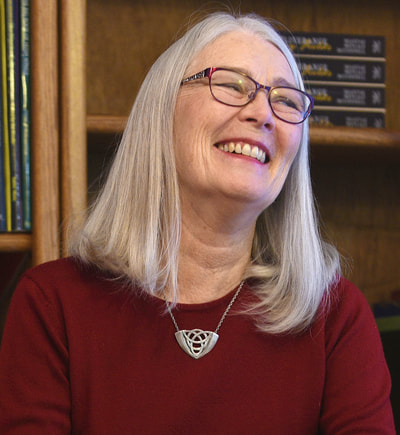 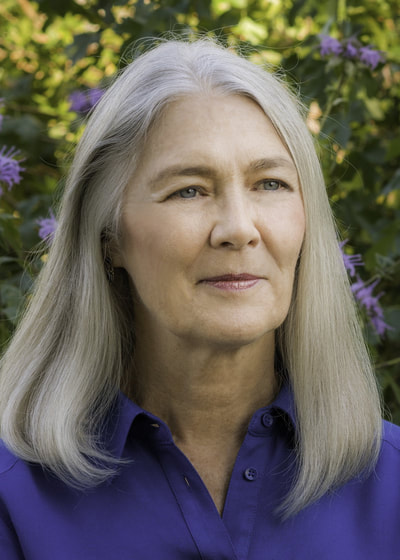 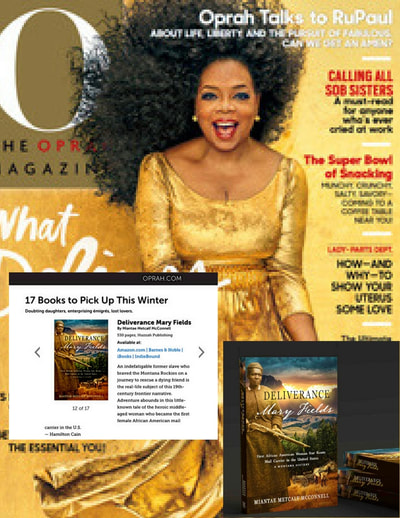 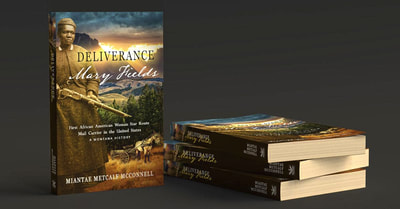 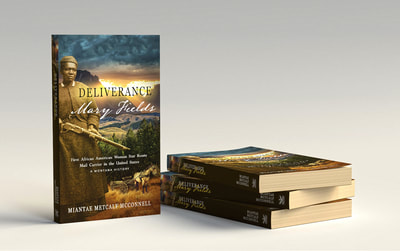 Please let us know if there is anything else you need for publication use. Thank you. Huzzah Publishing